On the safe side with GEA CatFineMaster 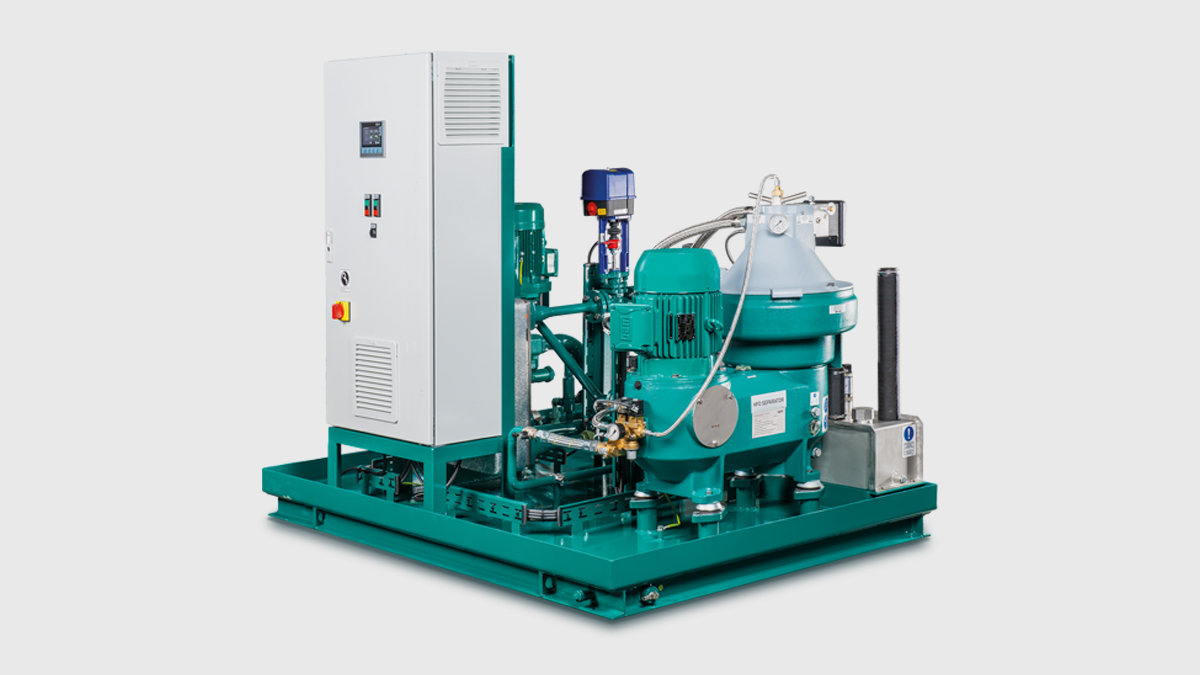 The fine-grained, hard, brittle and highly abrasive catalyst residues in fuels, known as cat fines, can cause considerable damage to marine engines. Under extreme conditions, they even lead to the total failure of the main engine. An effective countermeasure is the CatFineMaster from GEA. The system helps to ensure the performance, safety and economy of marine engines and propulsion technology at sea. GEA has now received an order for 20 CatFineMaster from the largest shipbuilding company in China. Two of these systems are to be installed in each of ten tankers of a Danish shipping company to be built by 2020, which will be able to transport more than 100,000 tons of refined oil products.

The GEA CatFineMaster consists of a heavy fuel oil separator as the core and a feed pump. This pump can be controlled during operation in such a way that an optimally adjusted heavy fuel oil flow is guaranteed, taking into account the corresponding process requirements. This ensures an additional increase in efficiency and also leads to energy savings. The system is completed by the GEA IO control system and optional measurement and analysis equipment.

The Paris climate agreement in 2015 and the UN Climate Change Conference in Katowice in December 2018 have increased the pressure on shipping. International Conventions provide for a gradual reduction in the sulfur content of marine fuels from currently 3.5 percent to 0.5 percent from 1 January 2020. The reduction will continue in the SOx emission control areas (SECA) on the North Sea and Baltic Sea as well as along the North American coast and the US Caribbean. Since the beginning of 2015, the limit value in the SECA has been reduced to 0.10 percent in a final step.

In order to achieve these values, the sulfur content in the heavy fuel oil must be massively reduced. This is achieved by using Ultra Low Sulfur Fuel Oil (ULSFO). In the production of ULSFO, fluid catalytic cracking is used, an important substance conversion process in the petroleum processing industry. The disadvantage of this process is that the Ultra Low Sulfur Fuel Oil obtained in this way can contain catfines, i.e. the finely ground zeolite catalysts. They are responsible for abrasion.

These cat fines can cause large amounts of damage. The million mark is quickly reached. Especially when several cylinders and valves are affected.

How the GEA CatFineMaster works

In order to achieve optimum separation behavior with cat fines of different sizes, the system offers the possibility of varying two essential process parameters. On the one hand, the separation temperature can be changed. Hot separation at temperatures of up to 110°C reduces the viscosity of the fuel, making it even easier to separate the very small cat fines in particular. The second process variable is the flow rate, which is controlled by the feed pump to optimally adjust the flow rate of the fuel to the respective process requirements. This not only contributes to an additional increase in efficiency, but also saves energy at the same time. The CatFineMaster ensures an effective reduction of cat fines, which in detail means a target concentration of less than 5 ppm and separation of all particles larger than 3 μm.